Come dive with the Mola mola

Of the many sights, Nusa Lembongan has to offer during your stay at 353 Degrees North, a glimpse of the mysterious giant Mola mola will be a guaranteed highlight.

The Mola mola or “Ocean Sunfish”

The Mola mola, also known as oceanic sunfish, are the most common of the four species of deep-sea vertebrate. Living at depths of two hundred to six hundred meters on a diet of jellyfish and zooplankton, these friendly giants of the sea take the title “heaviest bony fish in the world” with an average weight of 1000kg and an average length of 1.8 meters and a fin-to-fin length of 2.5 m (8.2 ft).
Incredibly, they have been known to get up to 3.3 m (10.8 ft) in length, 4.2 m (14 ft) across the fins and up to 2,300 kg (5,100 lb) in mass.

The females are estimated to carry more than 300 million tiny eggs, more eggs than any other vertebrate in the world. Although these tiny eggs eventually grow into the heaviest bony fish in the ocean, they begin life as the tiny creature pictured below. 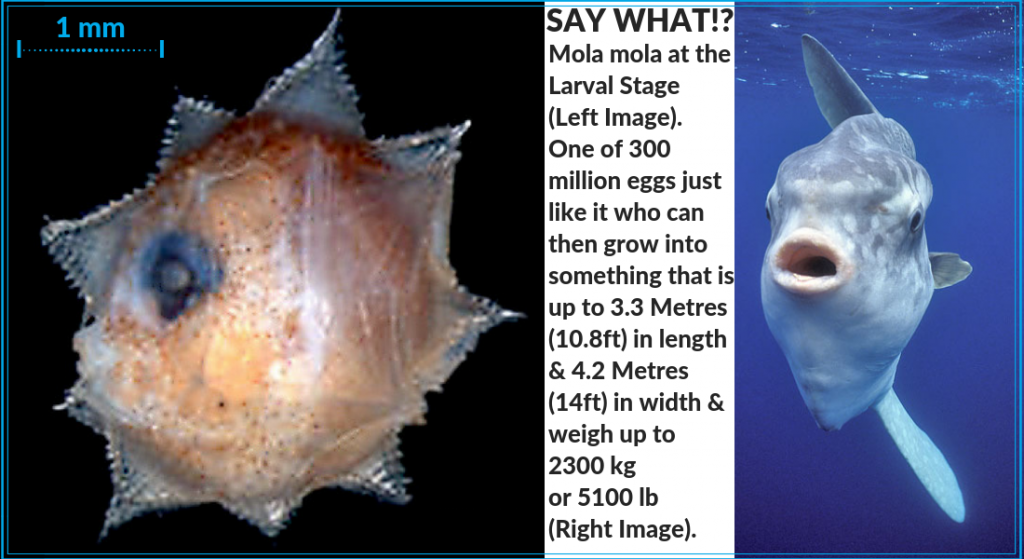 With only a fin on the top and a fin on the bottom to help them navigate, they lumber slowly and awkwardly through the water but have few predators. Ocean sunfish develop their strange shape due to a back fin which simply does not grow. This fin folds onto itself as the enormous creature matures, creating a rounded rudder called a clavus. Mola comes from the Latin word “millstone”, which were round stone wheels used for grinding wheat and describe the ocean sunfish’s round shape. 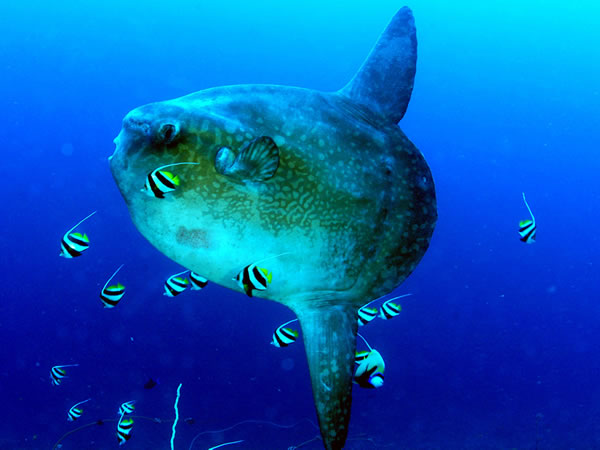 For a few months each year, these wondrous deep sea creatures spend extended periods of time around the ocean’s surface sunning themselves and being cleansed of skin parasites by other small fish. July through to September is considered the best time for sighting Mola mola while diving around Nusa Lembongan, Nusa Ceningan and Nusa Penida. 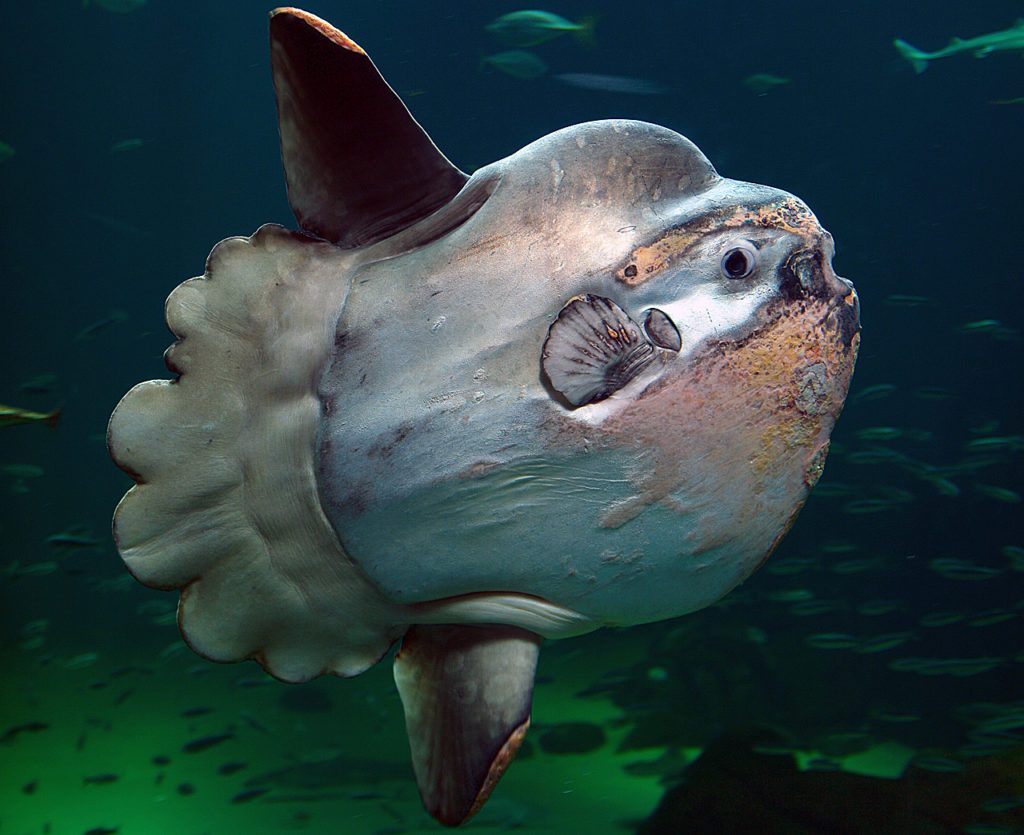 There are a variety of diving adventures available for beginners and more advanced divers around the island, so if you would like to get up close and experience these awesome creatures during your stay at 353 Degrees North, please let us know and our friendly staff can help arrange this for you.